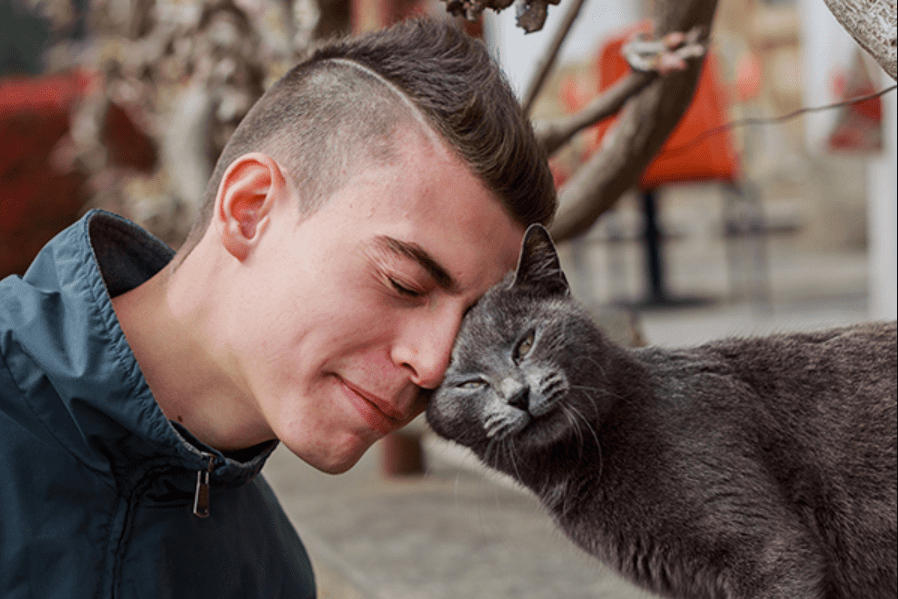 Cats are adorable pets that we keep for different reasons.

Some of the things cats do can sometimes be baffling. One common feline habit is rubbing themselves against people and things.

So, why do cats rub against you? Do cats “head butting” you a sign of something good or the other way round?

Reasons Why Cats Rub Against You

Cats rub against you for different reasons, which include creating a bond with you, staking their claim, and getting information. Below are the three reasons why cats rub against you and things such as furniture around the house.

1. To create a bond with you

When a cat rubs against you or pushes its head against you (bunting), it is marking you with its scent in a show of affiliation, connection, or bonding. It’s like they are saying you are “theirs”. When a friendly cat meets someone for the first time, it may rub up against the visitor as a way of “greeting them” and creating a bond, connection, or affiliation with them.

For example, feral cats living in colonies like to rub against each other as a show of affiliation with each other. Rubbing and bunting their heads among themselves is a form of communication and acceptance. So, if a cat doesn’t like you it will probably avoid rubbing against you or bunting you.

Cats are olfactory creatures that rely on their sense of smell (olfactory sensations) to give them information about and connect them with their environment. A cat rubbing against a visitor helps them get information about the new person, such as where they come from, whether they’re friendly, and whether they have pets of their own. However, this kind of rubbing varies between cats. For some cats, it is a friendly invitation and for others not.

3. To stake their claim

Cats have scent glands in their cheeks, chins, foreheads, and at the base of their tails. By rubbing against you or objects such as the couch, tables, or doorway, the cat is marking you or the object without being territorial. It is a friendly, relaxing habit with a “pheromone effect” on its subjects. That’s why if a cat is rubbing against you or bunting you, you are more likely to naturally scratch or stroke them in return.

P.S: Cats prefer to be scratched and stroked on their heads and around their ears than being petted along their backs or sides.

I bet you now understand why cats rub against you and the ideal parts of their bodies they like scratched and stroked. The next time you’re spending quality time with your cat, scratch and/or stroke their heads and areas around their eyes. My Cat Keeps Gagging But Nothing Comes Out Can Cats Get Kennel Cough? (Everything You Need to Know) 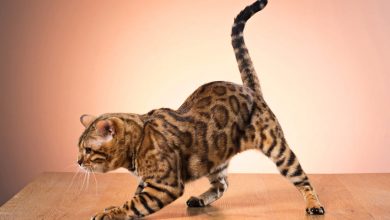 7 Signs Your Female Cat is in Heat 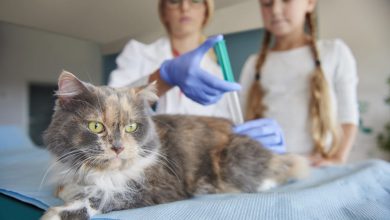