While flowering vines play a big part in sprucing up our landscapes, some can be toxic to pets. Wisteria, for example, is a beautiful but highly invasive vine that will take center stage and engulf the rest of the plants and garden herbs, eventually taking over the entire garden.

If you keep dogs then you understand that they love to explore nature, sniffing around and sometimes biting and chewing parts of garden plants.

So, is wisteria poisonous to dogs and cats? What’s likely to happen if your pet bites and/chew any part of wisteria? Below we answer the most common questions on wisteria, dogs, and cats

Is wisteria poisonous to dogs and cats?

Yes, the seeds and pods of wisteria contain toxic lectins which are extremely poisonous to dogs and cats. The lectins get into the bloodstream where they clot red blood cells. Wisteria vine also contains toxic glycoside wisterin which causes severe stomach pains, nausea, diarrhea, depressions, and vomiting (sometimes with blood).

Severe cases of wisteria poisoning in dogs and cats result in severe dehydration to the point of collapse and severely depressing the central nervous system. Wisteria poisoning can be fatal, and you should seek immediate veterinary help for your pet.

Can wisteria kill a dog or cat?

Yes, wisteria can kill a dog or cat. Severe cases of poisoning can lead to vomiting with blood, severe dehydration causing collapse, life-threatening clotting of the red blood cells, and distress to the central nervous system. Seek immediate veterinary assistance because wisteria can kill pets if ingested in large quantities.

What part of wisteria is poisonous to dogs and cats?

The seeds and pods of wisteria are the most toxic parts due to their high lectin content, which causes clotting of the red blood cells. However, other parts also contain lectin and toxic glycoside wisterin, which causes oral irritation, stomach pains, nausea, vomiting, and diarrhea when ingested.

Are dead wisteria leaves poisonous to dogs and cats?

Sadly, dead wisteria leaves are still poisonous to dogs and cats. The leaves contain toxic glycoside wisterin which causes gastrointestinal complications, including stomach aches, nausea, vomiting (sometimes with blood), diarrhea, and even depressions. Make sure to get rid of any part of the flowering vine to keep your pets safe.

Are wisteria flowers edible to dogs and cats?

Wisteria flowers are edible to both humans and pets, including dogs and cats. However, you should discourage your pet from eating wisteria flowers because they’re likely to eat other parts containing toxins, such as the leaves, pods, and bark.

How to report wisteria poisoning in dogs and cats

You should contact ASPCA Animal Poison Control Center or Pet Poison Helpline. However, it’s best to seek immediate help from your local veterinarian. Always be ready to detail what your pet ate or chewed and the symptoms they are displaying. It’s advisable not to induce vomiting but instead rush your pet to the nearest veterinary clinic.

It’s a fact that wisteria is poisonous to dogs and cats, which means you need to take extra measures to protect them. It’s advisable not to grow wisteria if you know your pets will be outdoors while you’re away. Make sure to seek immediate veterinary assistance if your pet bites, chews, or ingests any part of wisteria. Is Ham Bad for Dogs? Can Dogs Eat Ham? 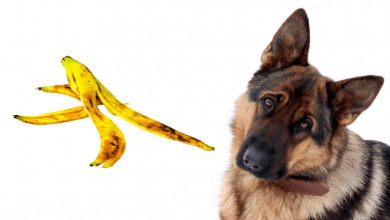 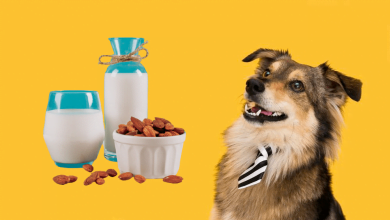 Can Dogs Drink Almond Milk? (5 Things You Should Know) 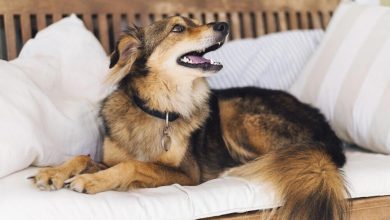 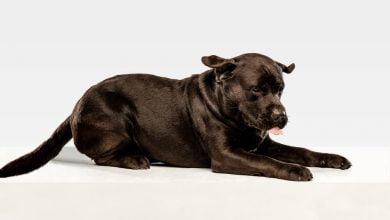