There are more than 35 animals that are illegal as pets in California. Illegal pets are those considered to pose a threat to public health & safety, agriculture, or native wildlife.

Keep in mind that violating pet laws in California can land you in big trouble, which includes a criminal prosecution where you can serve up to 6 months in jail or having to pay a civil fine of up to $10,000 on top of other subsidiary charges.

Luckily, there are many exotic animals that are legal to keep as pets in California, a state known for its robust animal protection laws. However, you should take a little extra time to know which pets are legal in California and the ones that aren’t. Statistics show that approximately 44% of households in the United States keep dogs as pets while 35% prefer cats. Apart from the usual pets, below is a list of all the legal pets in California as of 2022.

A wolfdog is a hybrid born when a domestic dog mates with a gray wolf, red wolf, eastern wolf, or Ethiopian wolf. You can keep a wolfdog as a pet in California provided it is not first generation.

The Syrian or golden hamster is also allowed as a pet in California. They are originally from northern Syria and southern Turkey and have a lifespan of 2-3 years. Make sure your handle hamsters with care to prevent hamster stress or infections, such as urine infections.

The dwarf hamster, also called desert hamster or Robo dwarf hamster, is the smallest of the hamster species in the genus Phodopus. They average between 4.5-5 centimeters and 20-25 grams when fully grown.

You can also keep guinea pigs as pets if you live in California. Guinea pigs are ideal for those who love tiny pets but looking for hamster alternatives.

This might come as a surprise, but rats are legal pets in California. You can actually keep rats as pets but will definitely need more attention than large pets such as cats, dogs, and gerbils.

If you love chinchillas then why not keep one or a few as pets? California pet laws allow keeping chinchillas as pets. Chinchillas are slightly larger than ground squirrels and prefer to live in herds.

Yes, you can keep a mouse as a pet in California. It’s ideal to keep mice and other rodents such as rats, hamsters, and gerbils in cages to prevent infections.

The American bison is a rather large animal to be kept as an ordinary pet. However, you can do so if you live in California. It is native to North America and is ideal if you have enough grazing area.

Llamas are cute social animals with soft wool that live in herds. They are part of the camel family and closely related to the alpacas. You can keep them as pets if you live in California.

Dromedary camels have one hump while Bactrian camels, also known as Mongolian camels have two humps. They are both legal to keep as pets for any living in California.

If you love spiders then you can as well keep a tarantula as a pet. Tarantulas rarely bite but their defensive responses can be risky for you or anyone holding them at the time.

Ball pythons are one of the legal pets in California ideal for snake lovers. They are non-venomous and can grow to a maximum of 3-5 feet. They are also easy to handle, which makes them ideal starter pets for those into reptiles. Apart from ball pythons, you can also keep Burmese python, reticulated python, and green anaconda.

Lynx can be a perfect pet if you love cats but need a bigger pet. The lynx is part of the wild cat family and are playful and stronger than domestic cats. Keep in mind that not all big cats are legal as pets in California.

There are various types of lizards you can keep as pets. Popular ones include Bearded Dragons, Chinese Water Dragons, and different types of Geckos. It is also legal to keep monitor lizards as pets.

Although some birds are illegal as pets in California, including Quaker parrot, crows, magpies, falcons, hawks, eagles, vultures, and mynah birds, you can keep toucans, exotic pigeons, and hornbills.

Ostrich can be kept as a pet in California. It is a member of the flightless bird group called the ratites, which include emus, rhea, and cassowary.

The peacock, also known as the Indian peafowl, common peafowl, or blue peafowl, is a beautiful bird species native to the Indian subcontinent and is legal as a pet for those living in California.

Both the lesser and giant pandas can be kept as pets in California. Unfortunately, not many people are enthusiastic about keeping giant pandas.

The river otters are an exotic breed of pets you can keep in California. However, they can be dangerous, which requires one to be extra careful.

These are just a few of the legal exotic pets in California. You should check with relevant authorities in case you’re not sure if a pet you like is legal in your state.

Full List of All Illegal Pets in California (2022 Update) 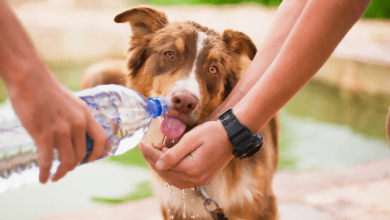 How to Get a Dog to Drink Water (Easy Tips)